Born in Latvia in 1939, Jan Senbergs arrived in Australia in 1950. He completed an apprenticeship in silk-screen printing and began exhibiting in the early 1960s. In 1966 he held his first exhibition at Rudy Komon Gallery in Sydney and later that year was awarded the Helena Rubinstein Travelling Art Scholarship.

In 1973 he represented Australia at the Sao Paulo Biennale in Brazil, the first of many honours in an illustrious career including a special commission for a large-scale relief-mural for the High Court of Australia in Canberra in 1980, holding the position of member of the Visual Arts Board of the Australia Council from 1984-1987, Trustee of the National Gallery of Victoria from 1984-1989 and in 1989 he was appointed the Visiting Professor – Chair of Australian Studies at Harvard University, Boston, USA.

In 1993 a major survey exhibition, Imagined Sites – Imagined Realities was held at Heide Museum of Modern Art, Melbourne, and he was awarded the William Dobell Drawing Prize by the Art Gallery of New South Wales, Sydney the same year. In 2006, a major exhibition surveying his drawing practice was curated by Elizabeth Cross for the Ballarat Fine Art Gallery and toured regional Australia in 2007.

In 2008, the Art Gallery of New South Wales hosted the survey exhibition Jan Senbergs: From Screenprinter to Painter to document Jan’s development as an artist over the past 25 years.

Jan Senbergs’ work is represented at the National Gallery of Australia and in all state galleries in Australia. Internationally his work is included in the collections of the National Gallery, Washington D.C; Wadsworth-Atheneum, Hartford, Connecticut; Museum of Modern Art, New York; and the Museum of Fine Arts, Houston, Texas among others. He is the subject of the major monograph entitled Voyage and Landfall by Patrick McCaughey. Source: Jan Senbergs.

"A major retrospective hosted by the National Gallery of Victoria showcases more than 120 works from one of Australia’s most acclaimed contemporary artists, Jan Senbergs ..." Extract:  Steph Harmon, The Guardian, 2016. Read full article here. 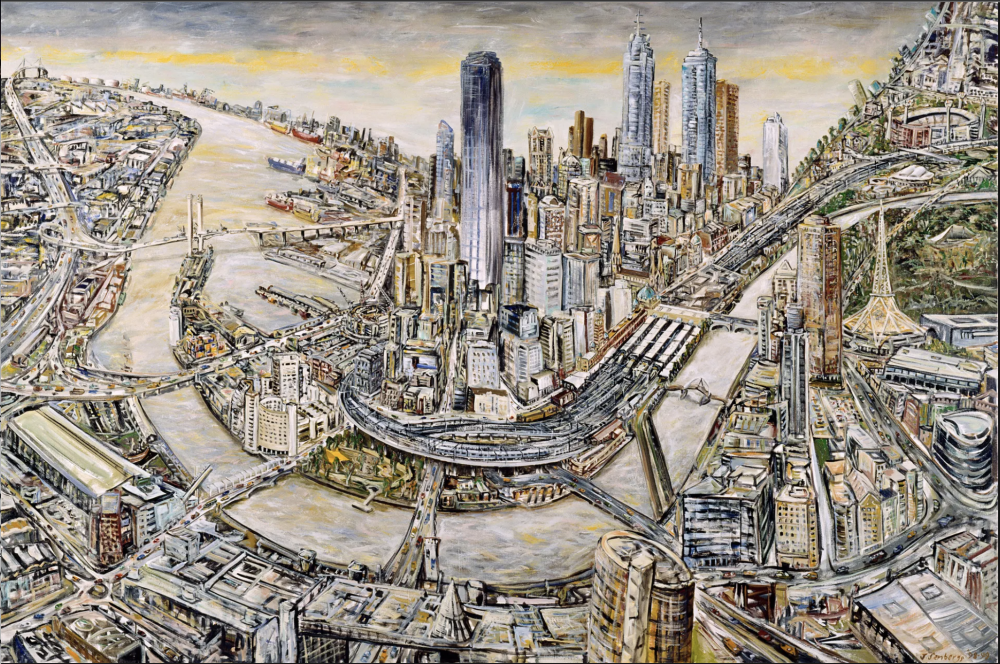